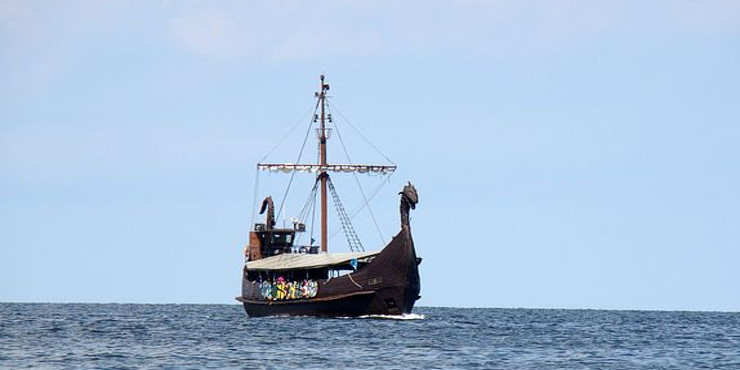 Viking or Norman campaigns had at first similar reasons. To begin with, the fact that in the north there were few suitable and feasible for the then cultivation of land. Any expansion of the old economy and the foundation of a new one.

The success of the Viking campaigns contributed not only to the superiority of the maritime art of the Scandinavians (later surpassed only by the Hanseatic people, and even then only partially) and the suddenness of their appearance.
The first Vikings were residents of the Scandinavian countries for which the sea was of the greatest importance, that is, Norway. Their trips began in the VIII when they horrified the monks of the island of Lindisfarne in North-East England. The Norwegian Vikings colonized primarily the islands close to the Norwegian coast – the Faroe, Shetland, Orkney. Then the Norwegian troops attacked the Celtic population of Ireland, the Hebrides, the Isle of Man. Not meeting a genuine resistance, the Norwegian kings began their conquests.