Everything You Need To Know About Snowboarding

You are here:
Sports 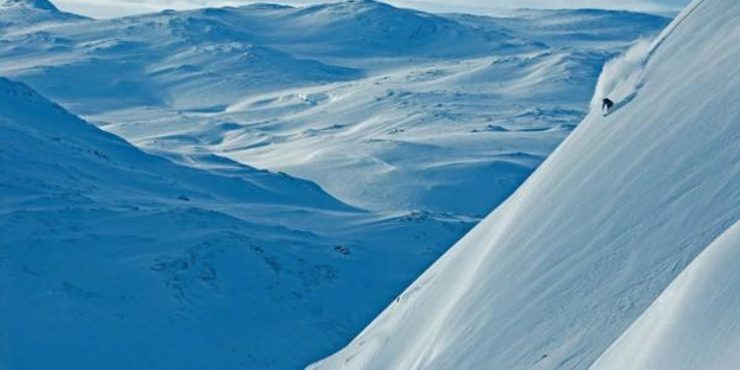 The first glimpse of snow is all that it takes to send the snowboarding enthusiasts grabbing their gears. Nevertheless, even if you aren’t a professional rider, it is a skill that could be easily mastered with practice. Not only bringing joy to your heart, but it is also a great way to workout during the cold winters.

In this article, let’s dive deep into the world of snowboarding.

Primarily a winter sport, snowboarding has its root in skiing, skateboarding, and surfing where the rider glides on snow using a perpendicular board positioned under their feet. However, unlike skiing, snowboarding requires no poles, and most of the participants rock a soft to mid-flexing boots rather than the hard ones.

Snowboarding first came into existence during the 1960s but gained massive popularity in the 1980s. It was also listed as an Olympic sport in 1998. To a majority of the die-hard riders scattered across the world, snowboarding is a medicine that quenches their thirst to enjoy nature, the thrill of competition, and the opportunity to express themselves.

Snowboarding is thought to have originated in the U.S. However, there isn’t any particular information as of who and when was the first snowboard made. The first snowboard, or let’s say its precursor originated in around 1965. Sherman Poppen, an engineer, commonly known as the ‘father of the snowboard’ designed the prototype as a toy for his daughters which paved the way to the invention of the modern version.

The prototype was first named ‘Snurfer’ by none other than Poppen’s wife who neatly combined ‘surfing on snow’ to portray the equipment’s purpose. As the popularity of Snurfer grew, a sports equipment manufacturer of the time named Brunswick Corporation licensed this primitive toy and started producing and distributing it.

Later, Snurfer competitions came into existence followed by the national championships. This is how the whole idea of sliding on snow sideways became widely known and accepted.

Though snowboarding competitions did happen in the early 1980s, there was nothing like colossal prize money to compensate the winners. Nevertheless, with the rising popularity and increased acceptance, snowboarding quickly brought in an international ruling body – The International Snowboarding Federation in 1990, and a World Cup contest in 1985.

During the major competitions, the first of professional riders were to represent their sponsor’s brands through a series of clothing, logos, and stickers. Furthermore, the invention of snowboarding magazines and videos also opened up an opportunity for riders and their sponsoring companies to reach a more extensive array of audience.

As stated earlier, snowboarding is a way for riders to express themselves. And, though there are countless ways of doing this, there are three main styles which are practiced commonly among the professional riders.

Books about snowboarding at Amazon

The Best Spots Around The Nordics For Snowboarding
March 7, 2019